„Once upon a time there was a child who was willful and did not do what his mother wanted. For this reason God was displeased with him and caused him to become ill, and no doctor could help him, and in a short time he lay on his deathbed.“ If one agrees with the text of the fairy tale „The Willful Child“, then being stubborn belongs to the character traits that are heavily punished. On the other hand, stubbornness can’t be suppressed – everyone has it. But does everyone know about their „own will“?

In her solo „eigenSinn“, Antje Pfundtner tells a variety of stories that play with the dialectics of „interior“ and „exterior“ perception.

The desire to be paid attention to and understood up to the point of conceitedness form the point of departure for a radical and ironically refreshing self-interrogation. Antje Pfundtner researches the medium of narration as a field in which a directly sensual perception is made possible by mixing forms of expression in dance and language. Thus the potential is realized to question what seems to be the clear meaning of a story for the listeners and audience. 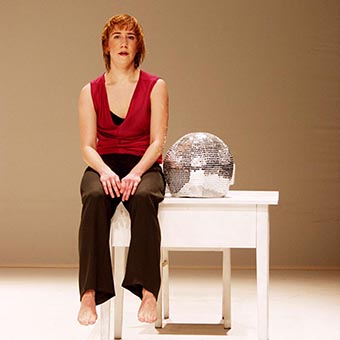 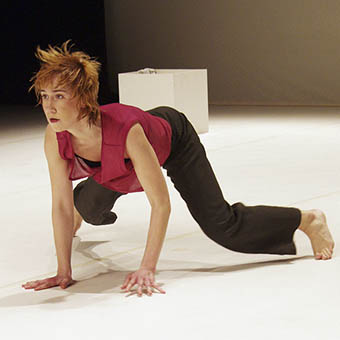 „What leads to punishment in the fairy tale of the stubborn girl is a blessing for dance art. The inimitable Antje Pfundtner tells the stories, but then later mixes them up and creates new meaning in new connections. In the process, she finds a way to move fluidly to language, without just being illustrative. In her solo, Antje Pfundtner manages to achieve what not many solos do: she remains absolutely interesting for an hour.“ Gerald Siegmund/ Frankfurter Allgemeine Zeitung

„The Hamburg dancer addresses the contradictions between self-perception and the audience’s expectations in a new solo ‚eigenSinn’ that surprises with unexpected and also funny turns. The world premiere at the Kampnagel factory was rewarded with great applause.“ Klaus Witzeling/ Hamburger Abendblatt