The word „Outlanders“ does not exist. „Heimat“ doesn’t either, which – to make reference to Bernhard Schlink – is a „non-location“, a location of longing, which is always precisely where you no longer are.

Arriving at a foreign place, questions of orientation, experiencing cultural difference „bodily“ in language, behavior and movement codes, the issue of understanding, interpreting and (mis)understanding all serve as points of departure for common choreographic work on „Outlanders“.

The process was not only about artistic or cultural exchange, but rather a fundamental/ expanded investigation into understanding and misunderstanding, as well as the associated difficulties/ problems/ complications.

What conditions make an Outlander an Outlander? And when are you no longer foreign, and why do some things always remain foreign? 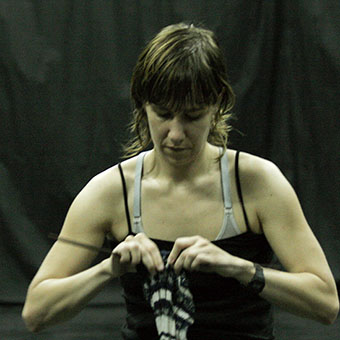 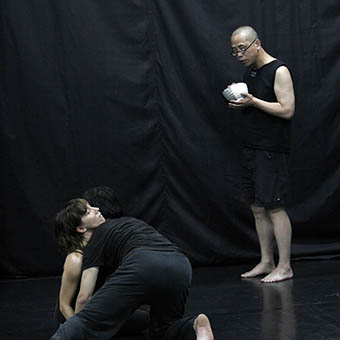 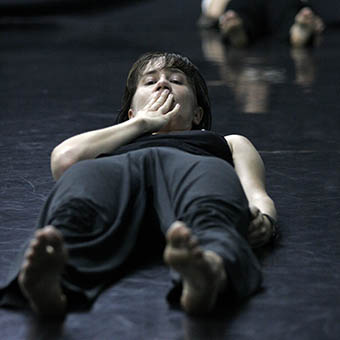 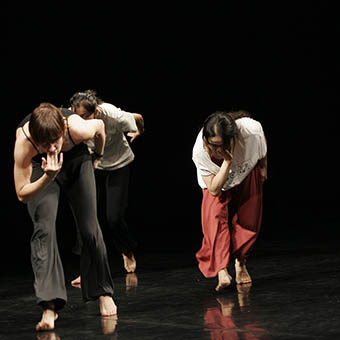 „Antje Pfundtner and Wen Hui (…) – one German, the other Chinese – worked together and perhaps against one another for a number of weeks in Beijing. ‚Outlanders‘ was the result, a one-hour piece that tells a tale of very different kinds of foreignness with an odd humor and melancholy. (…) In a very convincing way, the two choreographers transfer their insecurities into their bodies (…).“ Sylvia Staude/ Frankfurter Rundschau

„The scenes occasionally clash in a rough and edgy way, but ‚Outlanders‘ succeeds in transforming what some cultural anthropologists have achieved who transformed their ‚participatory observation‘ into literature: confrontation and a curious study of your opposite in his or her life context are tied together into a kind of open interpretation – in the form of Tanztheater. And since the whole thing is not just a European view on China, but also the Chinese people’s view of what ‚lo wai‘ is, ‚Outlanders‘ has a very inspiring effect.“ Eva-Maria Magel/ Rhein-Main-Zeitung