„Walter Benjamin once said that the first experience a child has in the world is not that adults are stronger, but that he himself does not have the ability to perform magic. Even if this claim was made under the influence of a twenty-milligram dose of mescaline, its accuracy is not limited by this fact. It is probable that the insurmountable sadness, which children are sometimes overcome by, is created by precisely the awareness that they can’t do magic. What we can reach with our merits and our efforts is not able to truly make us happy. Only magic can do this.“ Giorgio Agamben

What do we associate today with the popular ballet „The Nutcracker“? Based on this question, Antje Pfundtner examines one of the most famous and opulent ballets in dance history and devotes herself to the images that have been associated with the work since its creation. Inspired by personal and collective memories from the Nutcracker, Antje Pfundtner accepts its dances, fairy tales and music, and works on the memory of a dance classic. Completely in the vein of Louise Bourgeois’ journal entry, „I had a flashback of something that never existed“, Antje Pfundtner titles this archetype of the Nutcracker with her own memories while researching the choreographic potentials of the imaginary.

As one of the first female artists in Hamburg, Antje Pfundtner received the three-year concept support for dance and theater projects from the Hamburg Department of Culture. With the new label „Antje Pfundtner in Gesellschaft“, the choreographer expanded her artistic work into further research formats. In the 2012-2013 season, the focus of her research is on memories’ capacities.

A production by Antje Pfundtner in Gesellschaft and DepArtment in co-production with Kampnagel Hamburg and FFT Düsseldorf. Funded by: TANZFONDS ERBE – An initiative of the German Federal Cultural Foundation, the Kulturbehörde der Freien und Hansestadt Hamburg, Kunststiftung NRW, and Hamburgische Kulturstiftung.

A complete documentation of the project (videos, photos and texts) by TANZFONDS ERBE can be found here. 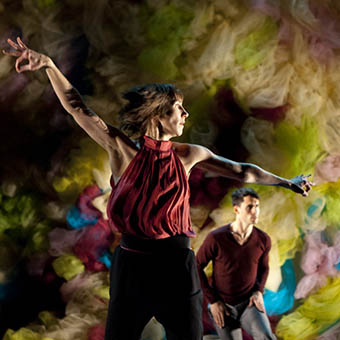 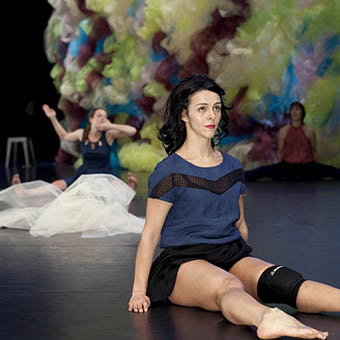 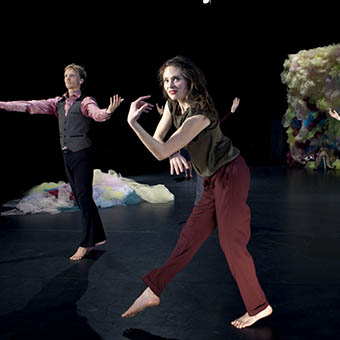 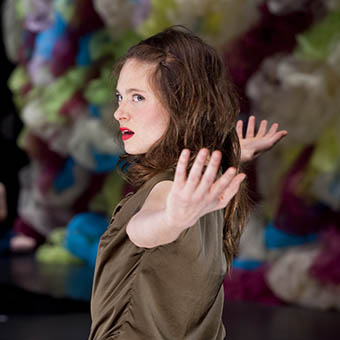 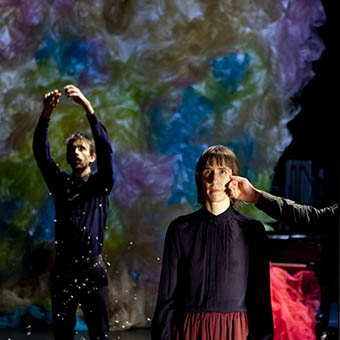 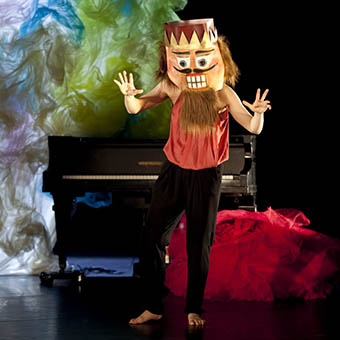 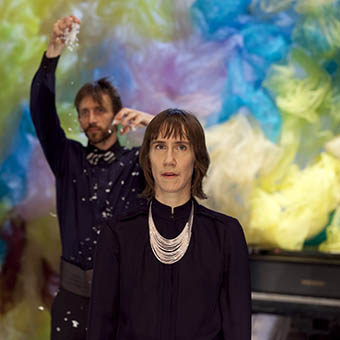 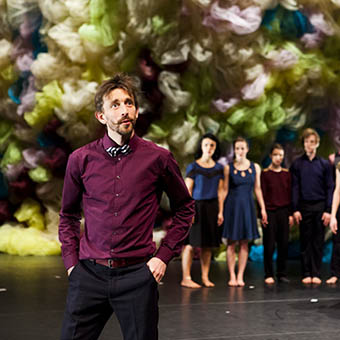 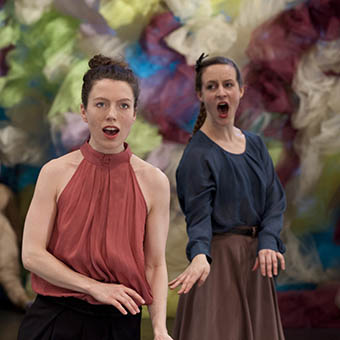 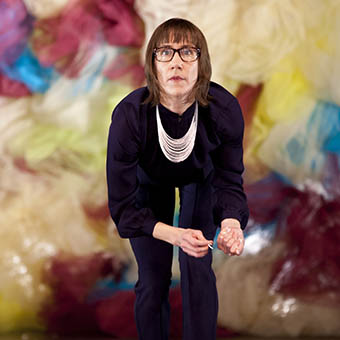 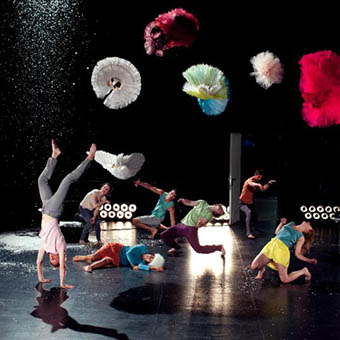 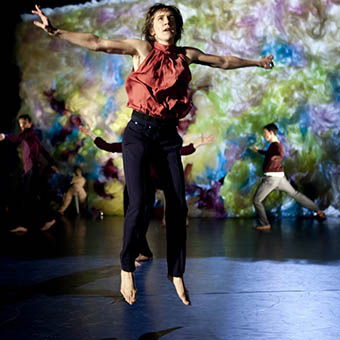 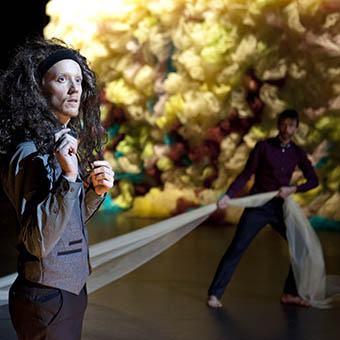 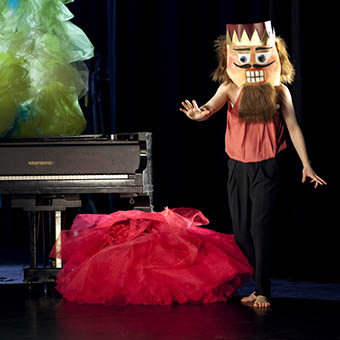 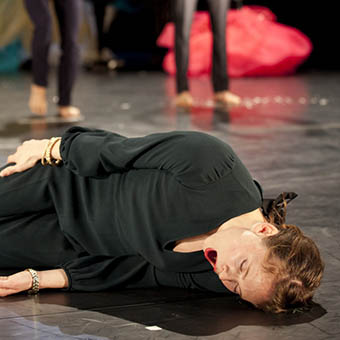 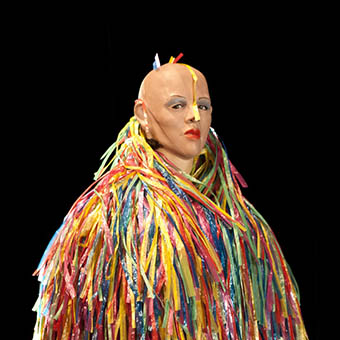 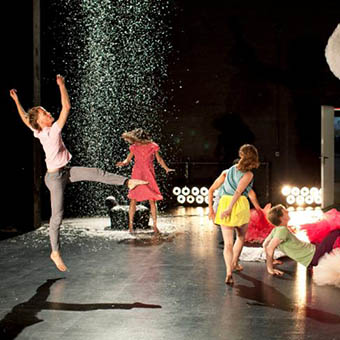 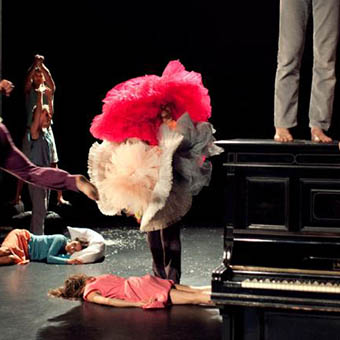 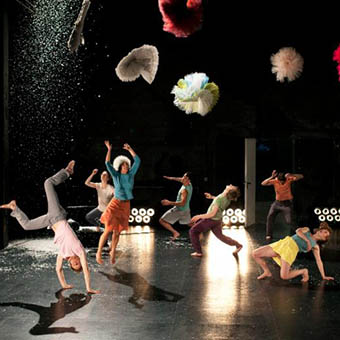 „Those who have seen past works by Antje Pfundtner that implemented visual arts, body sculpture and text are not surprised by her ‚Nussknacker’. She rigorously and creatively continues with her associative and biographical dance theater; here she expands it with prominent performers (…).“ Klaus Witzeling/ Die Welt

„This so very different ‚Nussknacker’ by the Hamburg choreographer had a few tough nuts to crack for the audience, but was also magical in its subtle poetry – in dance as well as in music, stage set and lighting. (…) The result is a humble, respectful approach to Tchaikowsky that fits well to the partially melancholic but also tender memory that defines the entire piece. (…) It would be most welcome if this piece could be performed every Christmas – basically as a counterpoint to the classical versions of the piece (…).“ Annette Bopp/ tanznetz.de