In her new production, RES(E)T, Hamburg’s choreographer Antje Pfundtner organizes a process of recycling discarded ideas. The garbage, which is created in the selection process while choregraphing, is collected and composted – and turned into a new choreographic creation.

This recycling reflects the artist’s search for the essence of choreography and ideas. By sifting through her own and others’ garbage, she presents the procedural character of art and offers the audience astonishing recycled products: „I was a choreography by Antje Pfundtner.“ 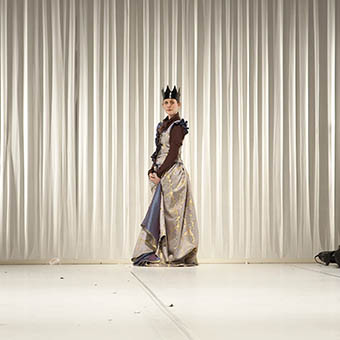 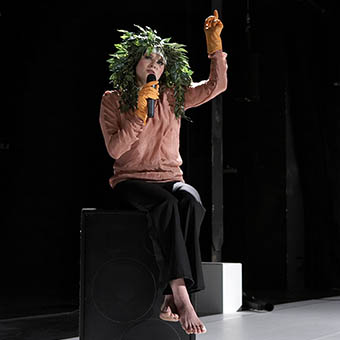 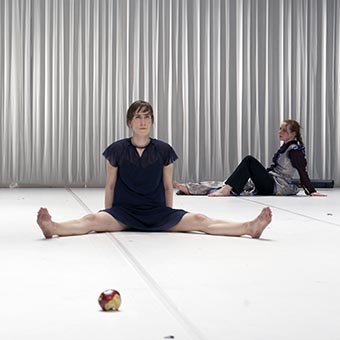 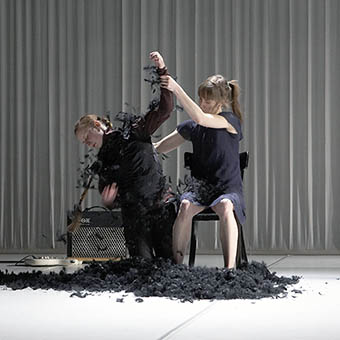 „Pfundtner connects the parts with an open perspective into a poetic flow. A bit melancholy, because the feeling of separation and farewell that is always inherent in giving a gift quietly resonates in the background. However, one does not have to do without her absurd humor. She added two strong protagonists, Beyer and Brown; both are also choreographers. The images that they create are iconic. (…) They dissolve the clear contours in a playful way, blur the traces left behind and form into enchanting tableaux vivants. (…) Dance always seems to be unbelievably fleet-footed. And repeatedly, the audience is grazed by memories of Pfundtner’s own early works; they now seem more mature, more sovereign – and highly original.“ Irmela Kästner/ Welt Online

„Each dancer brings her own personal color to the collage, which calmly unfolds, inviting one to remember and dream. (…) Which ideas stem from whom remains unexplained. And it’s not important to know, because the choreographer has created a characteristic piece between joviality and melancholy from a ‚treasure chest of quotes‘ she has collected. In an entertaining way, she proves that sometimes one should sacrifice old things in order to create new ones.“ Klaus Witzeling/ Hamburger Abendblatt

„Elements, which had never made it on stage, get their big chance – and are brilliant. On a stage that looks anything but like a junkyard, Pfundtner, Dani Brown and Jenny Beyer unify them into a funny/ poetic collage. (…) If it is humor that draws the shortest straw in contemporary dance, then the field should urgently introduce the ‚green dot‘ ecological logo on the basis of Pfundtner’s example – for more ecological balance, not just for the audience’s mood. Big applause.“ Katja Grawinkel