In „TIM ACY“, Antje Pfundtner devotes herself to the question: is the intimacy inherent in solos simply a strategy to achieve complicity with the audience?
As a self-ironically displayed exhibit, she challenges dance’s solo laws, searches for paths towards self-representation and jeopardizes the legibility of her self. She unveils a dazzling portrait that is fed by the audience’s expectant gaze.

„TIM ACY?! … is the composite of my I and the appreciation of my nothingness. It stays with me in the audience and occasionally tells of its expectations.“ Antje Pfundtner 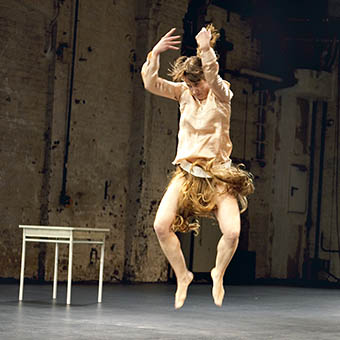 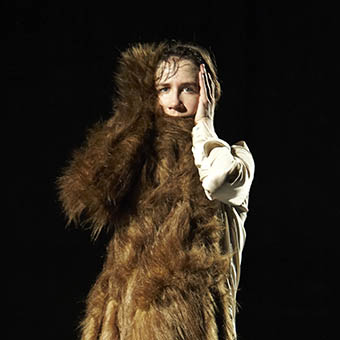 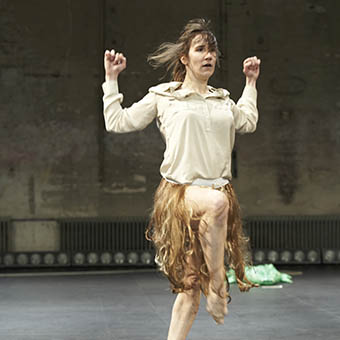 „She develops her art from the tension between different realities; she shows the approach of an artist who believes in the inherent power of dance and theater but still critically reflects their mechanizations. She reanimates their ancient languages of poetry and magic with the means of contemporary artistic strategies.“ Irmela Kästner/ Die Welt

„Antje Pfundtner (…) is very precise in her art, but doesn’t take herself too seriously. As a dancing comedian, Pfundtner is the surprising exception in the German contemporary art scene: she not only masters physical comedy, but also amuses the audience, which is wrapped around her finger, with her wordplay.“ Klaus Witzeling/ Hamburger Abendblatt