In the context of questions such as „How do you share ideas? How do you share money?“, the TISCHGESELLSCHAFTEN serve to promote a constant exchange among art professionals as well as to research their working conditions:

„We hope for a sustained self-empowerment of the scene in regular meetings to exchange creative and structural ideas on the practice of sharing – in the development of concrete new approaches for financing of dance art beyond individual projects as well as by focusing energy and resources.“ Antje Pfundtner in Gesellschaft

This six-year dialogue platform project is made possible with support from TANZPAKT Stadt-Land-Bund. It takes place at regular intervals in different constellations and at different locations.

WHAT IS THE BASIS OF THE TISCHGESELLSCHAFTEN?

The urgent questions: „How do you share ideas? How do you share money?“
In the context of its TISCHGESELLSCHAFTEN, the core team of ANTJE PFUNDTNER IN GESELLSCHAFT (APiG) will explore these questions and invite people to a dialogue format that is meant to facilitate resource sharing among artists as well as research into their own working conditions.
This six-year TISCHGESELLSCHAFTEN project, which is divided into numerous episodes, is made possible with support from TANZPAKT Stadt-Land-Bund.

WHO ARE THE TISCHGESELLSCHAFTEN GUESTS?

They are colleagues from dance and the performing arts who would like to exchange knowledge with one another and/ or might already organize their own sharing networks. We are looking forward to sharing issues, experiences, motivations, exigencies and expertise with you. So, for that, in advance: thanks!

WHAT PERSPECTIVES ARE WE INVITING YOU TO SHARE WITH US?

Beyond all stage productions, APiG has examined forms of hospitality and has initiated different forms of dialogues with audiences, theaters and institutions from the field of cultural politics. Up until now, the means were not available for a focused and sustained exchange with artists from the national dance scene – on questions of transparency, sharing knowledge and passing knowledge on to others. We would thus like to establish a dialogue platform for dance and performing arts professionals in order to discuss sharing practices.

We hope for a sustained self-empowerment of the scene from regular meetings to exchange creative and structural ideas of „How do you share ideas? How do you share money?“ – in the development of concrete new approaches for financing of dance art beyond individual projects as well as focusing energy and resources.

„GETEILT DURCH“ [DIVIDED BY]: What could alternative work and support models look like? How can an „artist fund“ be created that secures exchange and can be financed by public (project) funding?

„FÜR WEN?“ [FOR WHOM]: Here, the role of the audience will be discussed while they are present. Who are our audience members? How can an audience perspective flow back into artistic work?

„WIEDER DA“ [BACK AGAIN]: Independent dance creators produce pieces that are rarely shown and usually can not be repeatedly due to a lack of funds. What perspective on artistic works would make revivals possible? What could work on your own archive generate for audiences and future generations? This TISCHGESELLSCHAFT aims to initiate an interdisciplinary discussion about cultural politics and about the responsibility in dealing with artistic resources in independent performing arts.

We are looking forward to collecting more subjects with you!

WHO ARE THE CONTACTS?

Funded by TANZPAKT Stadt-Land-Bund with the support of the German Federal Government Commissioner for Culture and the Media and the Freie und Hansestadt Hamburg, Behörde für Kultur und Medien. 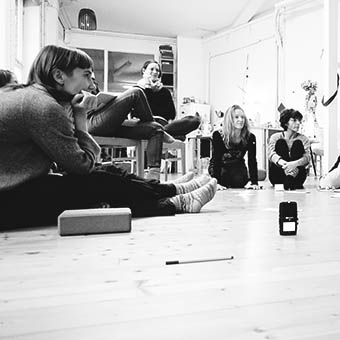 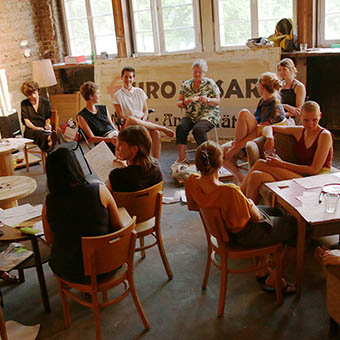 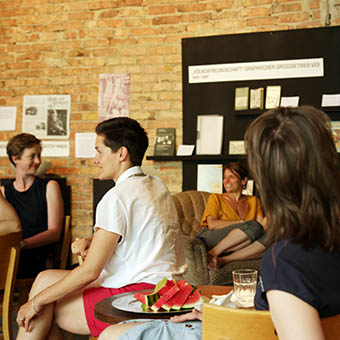 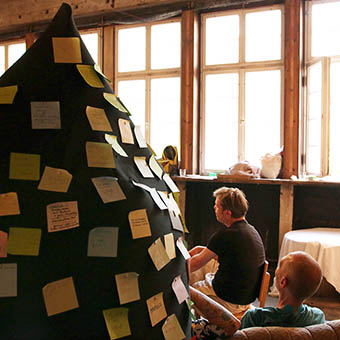 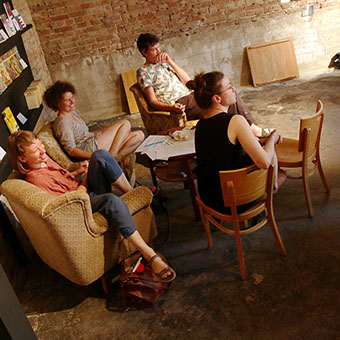 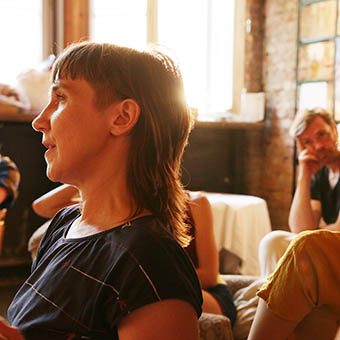 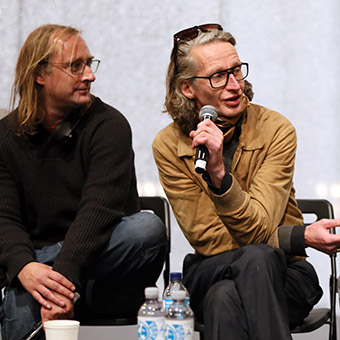 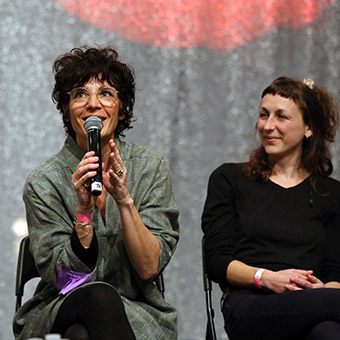 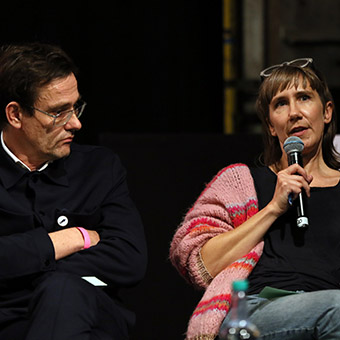 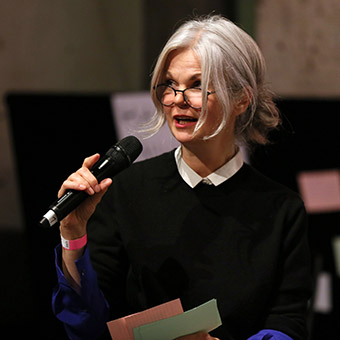 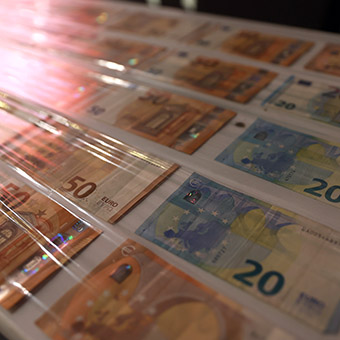 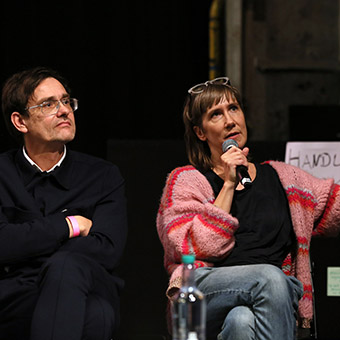 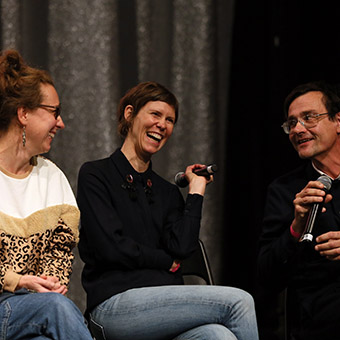 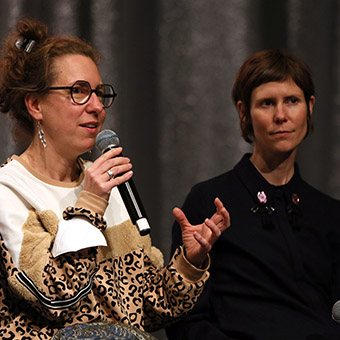 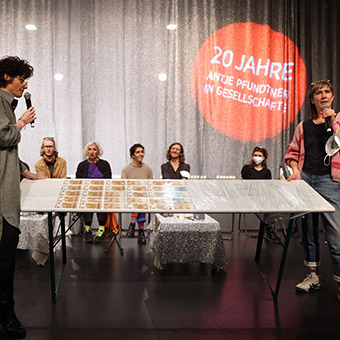 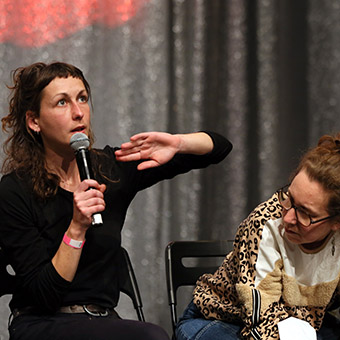 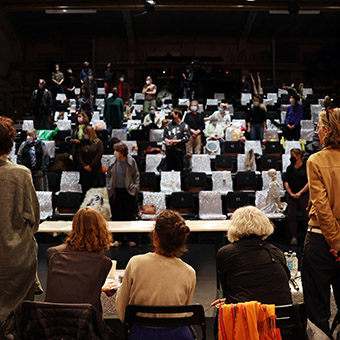 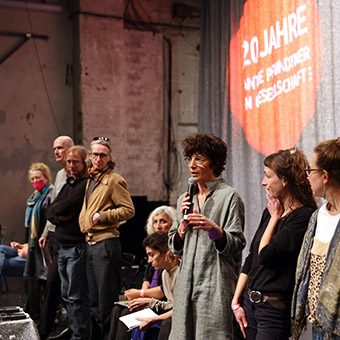 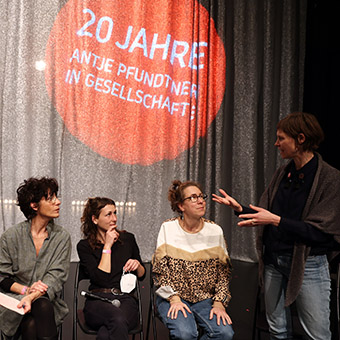 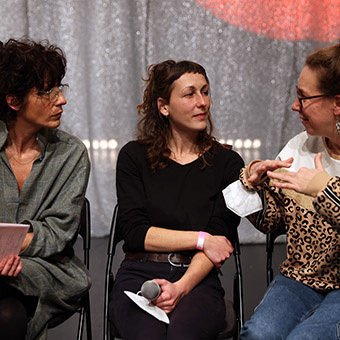 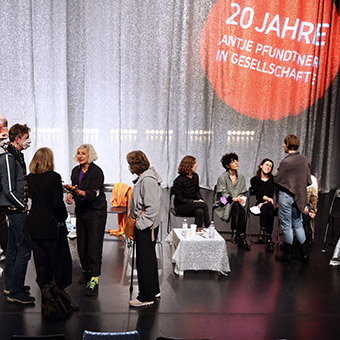 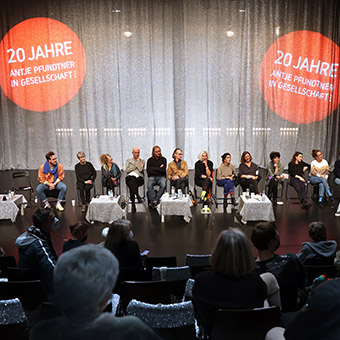 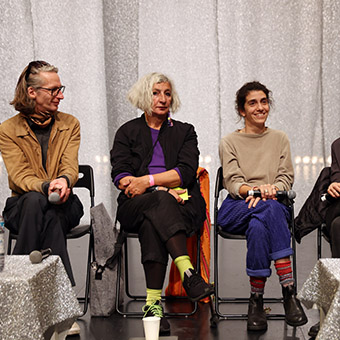 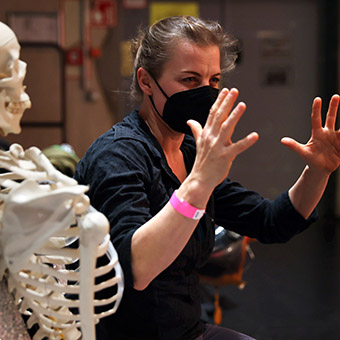 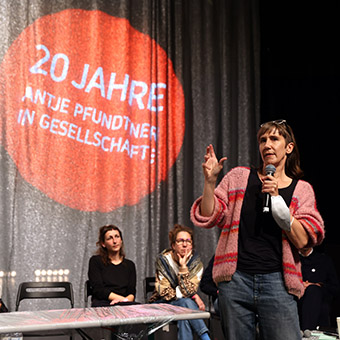 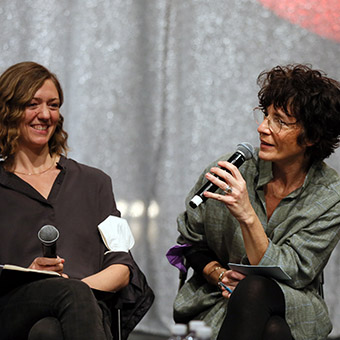 “Let’s talk about money. It’s a phrase that isn’t so easily spoken. (…). The sixth edition, ‘Tischgesellschaft #6: Reden wir über Geld‘ now took place as a video conference with an audience for the first time. (…). To be concrete, it was a thought experiment that intends to reconsider the principles of sharing and structurally shape the financing of dance and theater professionals in a more sustainable way – more specifically in the form of a fund. And this is where the questions begin. Who will pay into it? The art professionals themselves? Or art patrons? How open should the fund be, how transparent or anonymous? Who should receive money, and what for? (…). In fact, it quickly became clear that the idea of the fund was primarily born of the weakness of the current state support systems, which are always tied to a concrete production. (…). One should hype the fund so extremely that it simply explodes with money, says Armin Chodzinski. To an extent, the results were concrete. Agreements were already made for a realization. It should not remain a ‘peer group of the precarious’, but it does need moneys that are not dependent on returns. It was an important concern to make clear that the idea of art has value in and of itself – it’s not a loss.” Annette Stiekele/ Hamburger Abendblatt

“Now the ‘Tanzpreis’ winner, Antje Pfundtner in Gesellschaft, has set up a fund together with other artists; it is a pot of money, half art project, half social experiment – maybe because she doesn’t quite trust the cultural administrations’ juries. Approximately 2000 Euro are in the fund; it’s not much, but already enough to kindle desire. Because the cultural landscape is poor. And she wants to help herself. This is where Armin Chodzinski appears on the scene, in the framework of a Zoom ‘Tischgesellschaft‘, which is what Antje Pfundtner in Gesellschaft christened their invented format. The Hamburg professor and artist thinks in a clever way about the relationship between art and business. How can capitalism help art? One solution, he says, would be to use market logic, which always bets on returns. The returns that have been achieved are always re-invested in order to generate more profits until a bubble is created – then the returns have to be taken back out of the market, either through a crash or by wasting the profits. Why not direct them towards art? (…). Now the time has come, he says, for art to no longer be this thing that always operates on the basis of shortages or scarce funds. One should create a new myth – for example, that art is a representation of something that spices up our ability to hope and to believe with necessary doubts. Art as a treatment for capitalism. This is also something that you could wish for in 2021.” Arnd Wesemann/ Zeitschrift “tanz”