It started with the interest in asking whom the stage belongs to, who makes it there, how you share it, what you address there together. What was planned? Many others were supposed to be there to share space, time and interests.

The thing with many people in one place has become more and more superfluous in the last few months, and it remains so still. Three are left: they share the stage, as well as a walk-in object – they call it a house. They reorient themselves there and change the terminology: in reference to theater, in relation to themselves as a “we”, in terms of what they are doing, of the audience. For example, “We Call it a House” just has one audience member – they call it camera. The three of them say what they do in the house is not a film, but they call it a film because it isn’t piece.

With many thanks to Heather Christle for the friendly permission to recite her poem “Then We Are in Agreement” and to Felizitas Stilleke for her dramaturgical feedback.

“We Call it a House” is a production by Antje Pfundtner in Gesellschaft in coproduction with Kampnagel Hamburg and FFT Düsseldorf. “We Call it a House” is funded by TANZPAKT Stadt-Land-Bund with the support of the German Federal Government Commissioner for Culture and the Media and the Freie und Hansestadt Hamburg, Behörde für Kultur und Medien. Supported by the Probebühne im Gängeviertel. 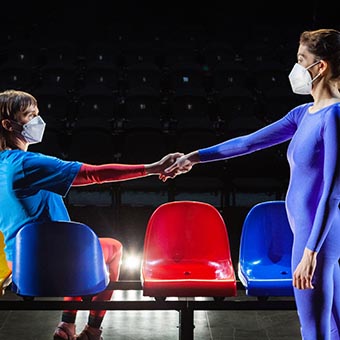 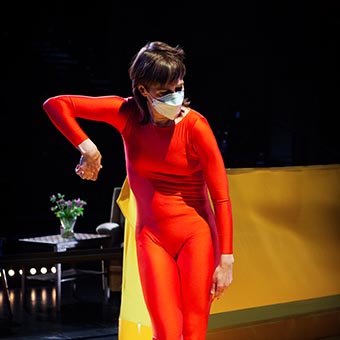 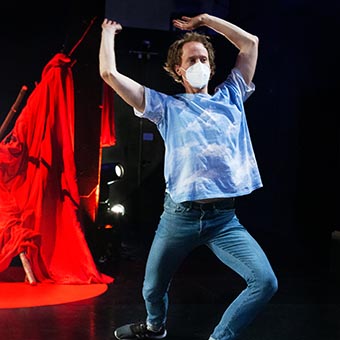 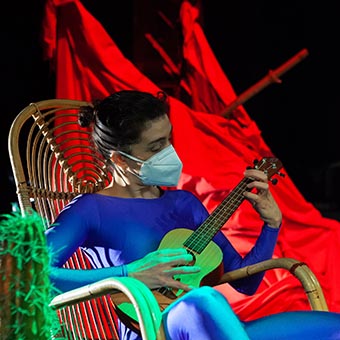 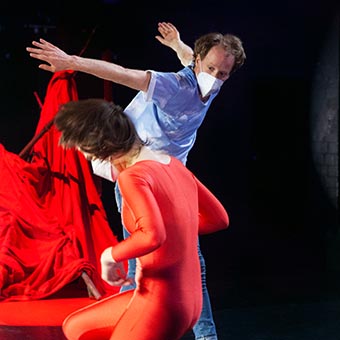 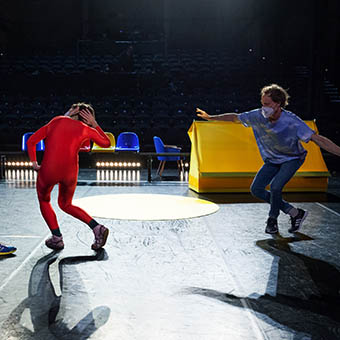 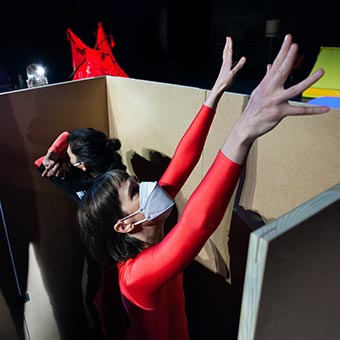 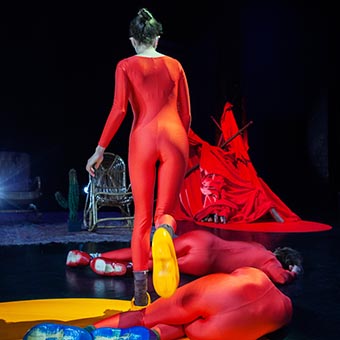 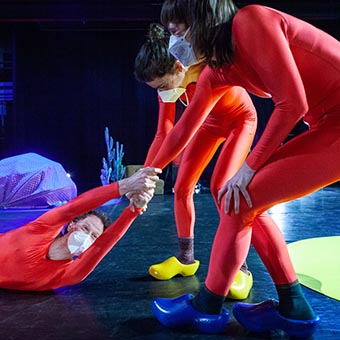 “It’s the innumerable, carefully considered details that make this piece a gem in these distanced times. It imparts intimacy and understanding. It underlines how important meetings are, contacts, togetherness, hand in hand. It demonstrates that much that we thought was lost is still possible. It also demonstrates that this film, as brilliant as it was shot, is just a substitute in an era that has forced us to go without contact. May it soon be possible to see and experience this piece live on stage.” Annette Bopp, tanznetz.de

“An artist needs an audience; people need other beings. Pfundtner finds original images for this. She and Oliveira present a duet in such a close embrace that this unfamiliar intimacy is touching. No movement seems strained, each develops organically from one surprising movement to the next. We know: we need others. But it’s still beautiful to have this be substantiated again in such an emphatic dance piece.” Annette Stiekele, Hamburger Abendblatt

As long as theatres are not completely reopened, our film “We Call it a House” can be watched here. If we will transform it into a stage piece later, time will tell …