Since 2016, Antje Pfundtner has been researching the subject of transience and the laws of time. During research for the piece „ENDE“, a video project was created about dancers who remembered the last steps they took on stage in the presence of Antje Pfundtner and then gave them to her as a gift. On the basis of this material, the filmmaker Barbara Lubich conceived a video installation with Antje Pfundtner in Gesellschaft that is simultaneously an intimate exchange about the motives of former dancers as well as a reconstruction of historic moments. What seems to belong to the past is put in doubt by the choreographer’s interventions and presence, and offers a tangible confrontation with biographical historiography and the dissemination of dance.

The transcript of a discussion between Antje Pfundtner and Barbara Lubich about the project can be downloaded here.

„Letzte Schritte“ is a production by Antje Pfundtner in Gesellschaft and Barbara Lubich in cooperation with Kampnagel Hamburg, Zō centro culture contemporanee and Zentralwerk Dresden. „Letzte Schritte“ is supported by the Fonds Darstellende Künste which is funded by the Federal Government Commissioner for Culture and the Media. 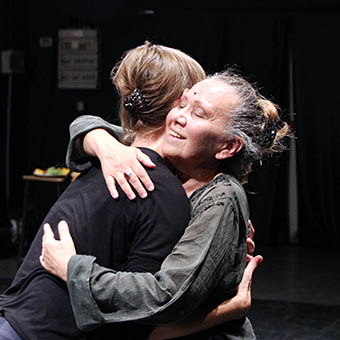 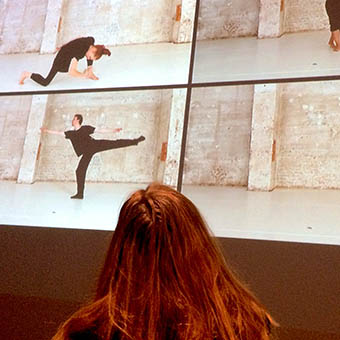 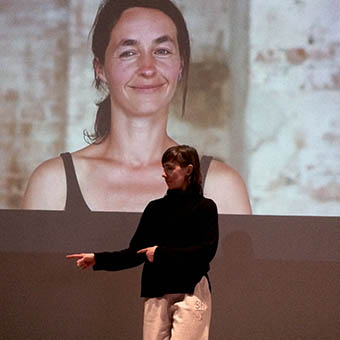 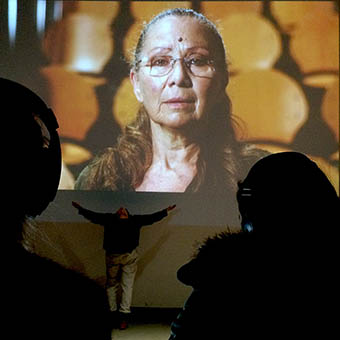 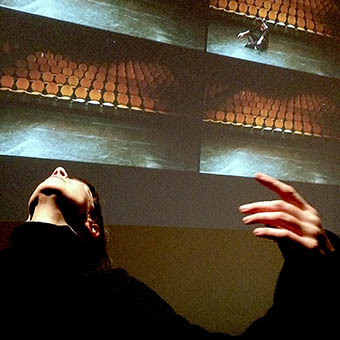 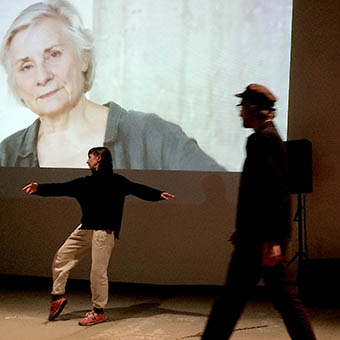 „It was an ingenious idea that Anje Pfundtner in Gesellschaft 2016 developed in the context of their research for the piece ‚Ende‘: What would it be like to hold on to dancers’ last steps on stage or to ask dancers who have long since ended their stage careers how they experienced their last steps – and remind them again. For the filmic documentation, Antje Pfundtner convinced the filmmaker Barbara Lubich to join her – Lubich has created a number of dance films. (…). It is incredibly enthralling to see how the individual interview partners reflect on this farewell from the stage. For some, it is still painfully close; others, because it was many years ago, have more distance and see the whole thing with more detachment. But even in their case, you can sense a great vulnerability and the feeling of a deep, painful loss. However, in these film excerpts and portraits, they and their art can once again be perceived – their talents and identity as dancers gain new recognition. Thus the end and beginning come together. To Antje Pfundtner and Barbara Lubich’s credit, they gave this important moment a platform and liberate it from a taboo – in a way that is as discrete as it is respectful. In their unpretentious representation, they succeed in turning this sensitive moment into a very precious one, because they value the dancers so highly. And so one almost regrets that some of the interview excerpts are so short. We would have liked to have known more about the individuals who are focused on here. One of the goals that Antje Pfundtner and Barbara Lubich were aiming at has certainly been achieved: we are curious about these people. We remember them. We want to learn more about them. It would be desirable for this video installation to be considered as a kind of ‚work in progress‘ – there is so much more to say about it. (…).“ Annette Bopp/ tanznetz.de